I have been installing flutter and Android Studio for a few times because I've encountered an unsolved issue. At first, the issue was it did not detect my Android Studio but The Android toolchain had no issue.

After I config my Android Studio and run flutter doctor again, Android Studio was not an issue anymore but turns out Android Toolchain became an issue. 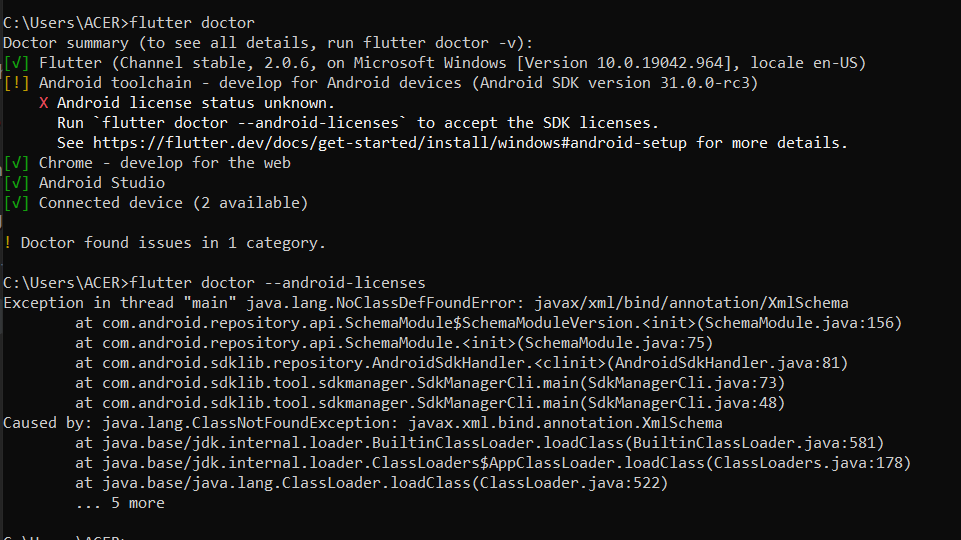 If you read the terminal output of the second image carefully, you need to accept the SDK licenses by flutter doctor --android-licenses

I have successfully solved the issue by editing the environmental variables, set JAVA_HOME values to

it was previously at the Android Studio jre