When I build my app on emulator (android 11 API 30) it's working fine, but when I try building on my old physical device (Android Kitkat API 19) It crash.

You can add a custom run configuration to execute any shell script.

To do so in Android Studio, go to Run -> Edit Configurations...

In the configurations window, click the + icon and select Shell Script 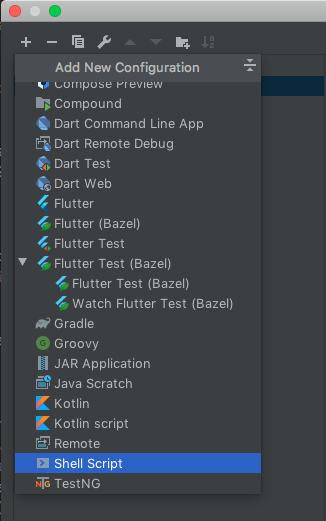 Once it's added, you can give the script a name and for the "Script Path" select the flutter executable (This can be found inside the flutter SDK folder specifically inside a bin folder). For the "Script options", you can add the options you would like Flutter to execute such as build apk --split-per-abi or run --release 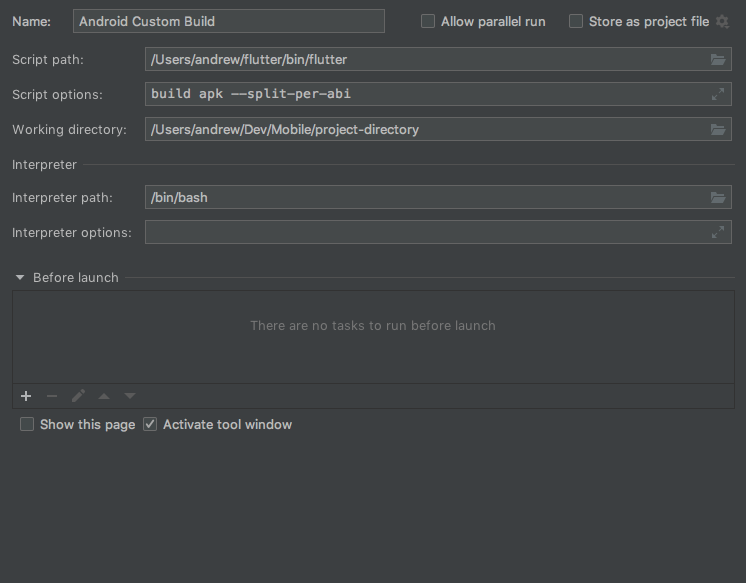 At this point, you can click apply and ok. You should now see this custom runner in the drop down menu where you can run different tasks.