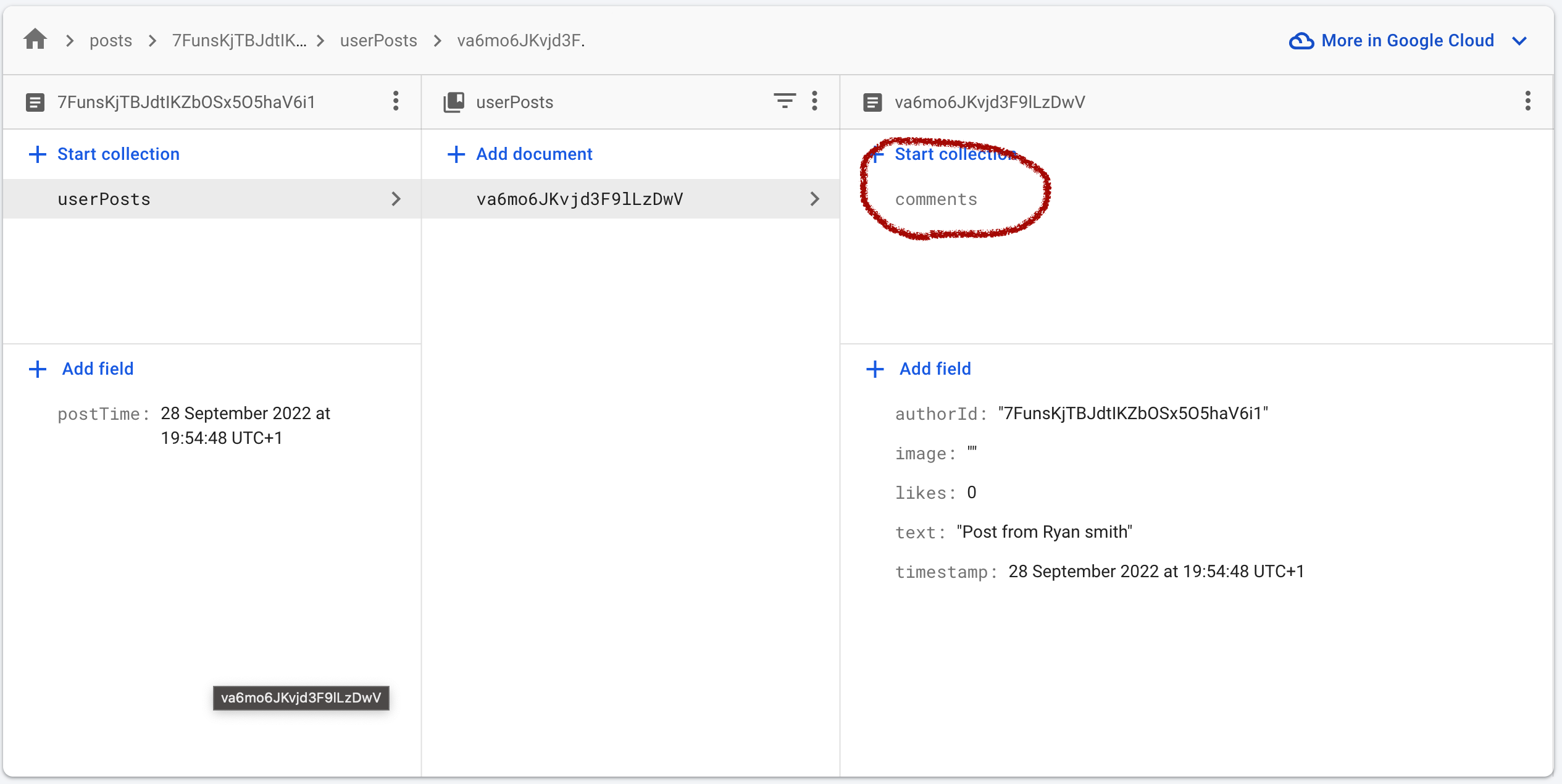 The desired structure of how the comments should get added: posts>UID(of poster)> userPosts(List of their posts)>postID>append comment to this postId as a subcollection.

Now, when I try to create a comment on a post made by another user, a new collection gets started with the ID of the post as its collection name. The postId it gets is the CORRECT id, however, the actual comment itself doesn't get added to the collection of THAT post. As you can see from the circle in the second image, the IDs match, however, the comment made doesn't go where it's intended, as it does in the first image. Does anyone know how I can fix this?

Image with new code test, new collection gets made with the UID of the person who's post I am commenting on, doesn't get added to the subcollection of the actual postId 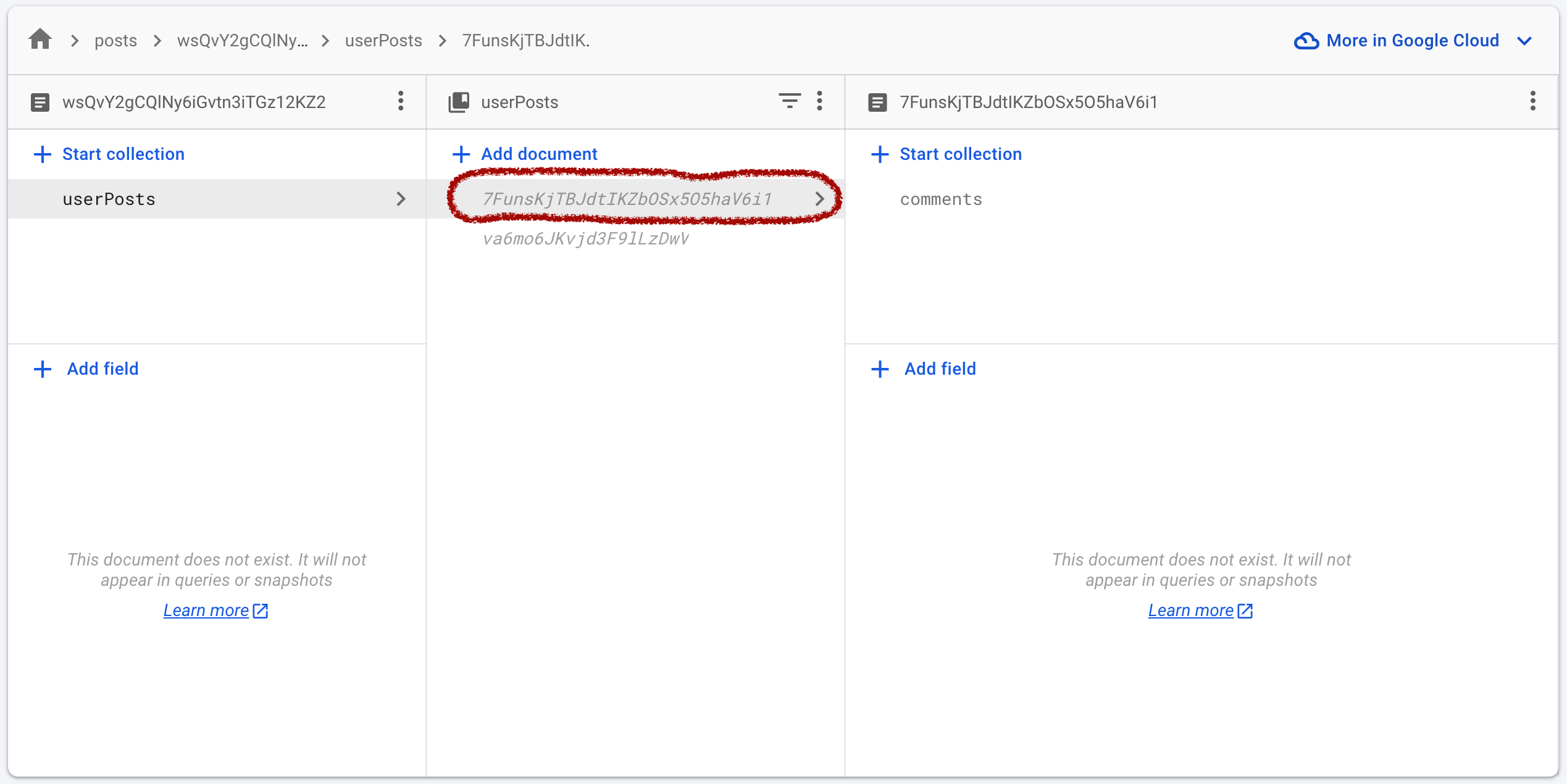 When you're using the following reference: