I use the default nexus 5 device on AVD: 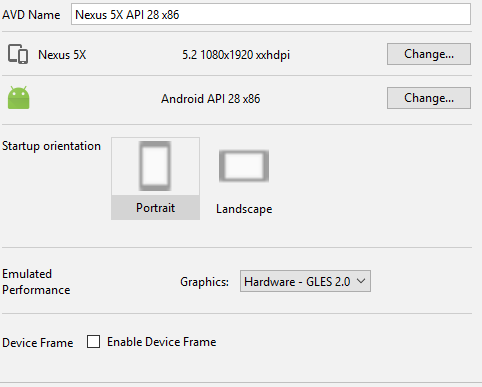 I am on Windows 10 and trying to set up Flutter.

If you have stored your Flutter SDK in Local Disk C, then move it to another (Non-Admin Location) disk and then try using Android studio

Alternatively: Simply run your Android Studio as Administrator and it will work fine (Although running flutter with Admin privileges is not recommended nor required either)! I spent 3 hrs looking for a solution and suddenly realized this option and it worked for me

In the path where Flutter is installed, delete the files "flutter.bat.lock" and "lockfile" and restart. 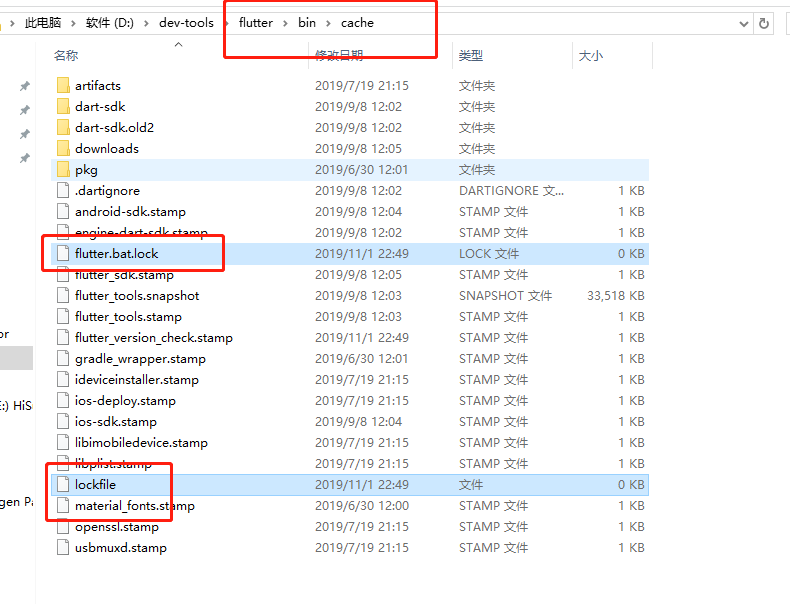 Just run adb devices from command prompt while Android Studio is on.

Android Studio will handle the rest. 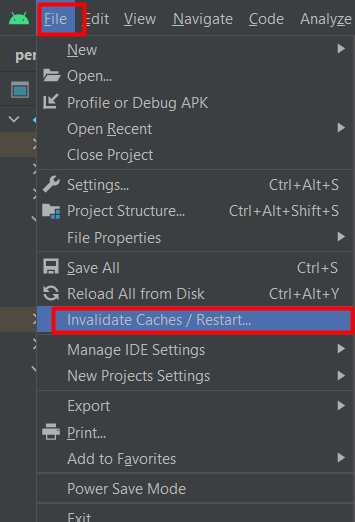 After hours of searching, this is what I found.

I found that there were some SDK certificates that weren't agreed.

Allowed me to see which agreements that weren't agreed. After that it worked. I hope this works for you.

Anyone using macOS, please don't download/upgrade to 1.17.4 of flutter sdk (using with with android studio/intellij). Keep yourself to 1.17.3 even if you are planning for an upgrade . Seems like intellij plugin has bugs with 1.17.4 and i wasted 2-3hrs debugging things until my eyes fell on this thread: https://github.com/flutter/flutter-intellij/issues/3892

If you are using MacOS, then there are issues with flutter version 1.17.4.
Downloading an older version helped for me.

I had the same issue. Installed Flutter again and issue was fixed

run "flutter clean" on the terminal works for me

I found out that my ANDROID_SDK_ROOT was not set. Setting it to the correct directory and restarting Android Studio solved the issue for me.

if nothing worked then try this : Download a new and stable version of Flutter SDK from here , point path of your flutter sdk from settings > search flutter > point path to new downloaded sdk > invalidate cache and restart. you are done !

The problem for me was that ADB was excluded from the Antivirus, so I've simply added an exception for the ADB and the problem was solved

This may happen if you have cloned an app and the Flutter and Dart paths have not been set. Delete the ".idea" folder and set the paths and if there are any connected devices, they will load automatically.

On Windows, I fixed the issue by putting the Android SDK in the PATH. I guess the Flutter plugin internally uses ADB to know the attached devices, so if you don't have it in your path, nothing can be done.

If that's your case, just type adb on a terminal. If it doesn't work, it means you have to put your Android SDK in the path, so you (and the Flutter plugin) can use it.

Just adding a screenshot just to clarify it a bit. 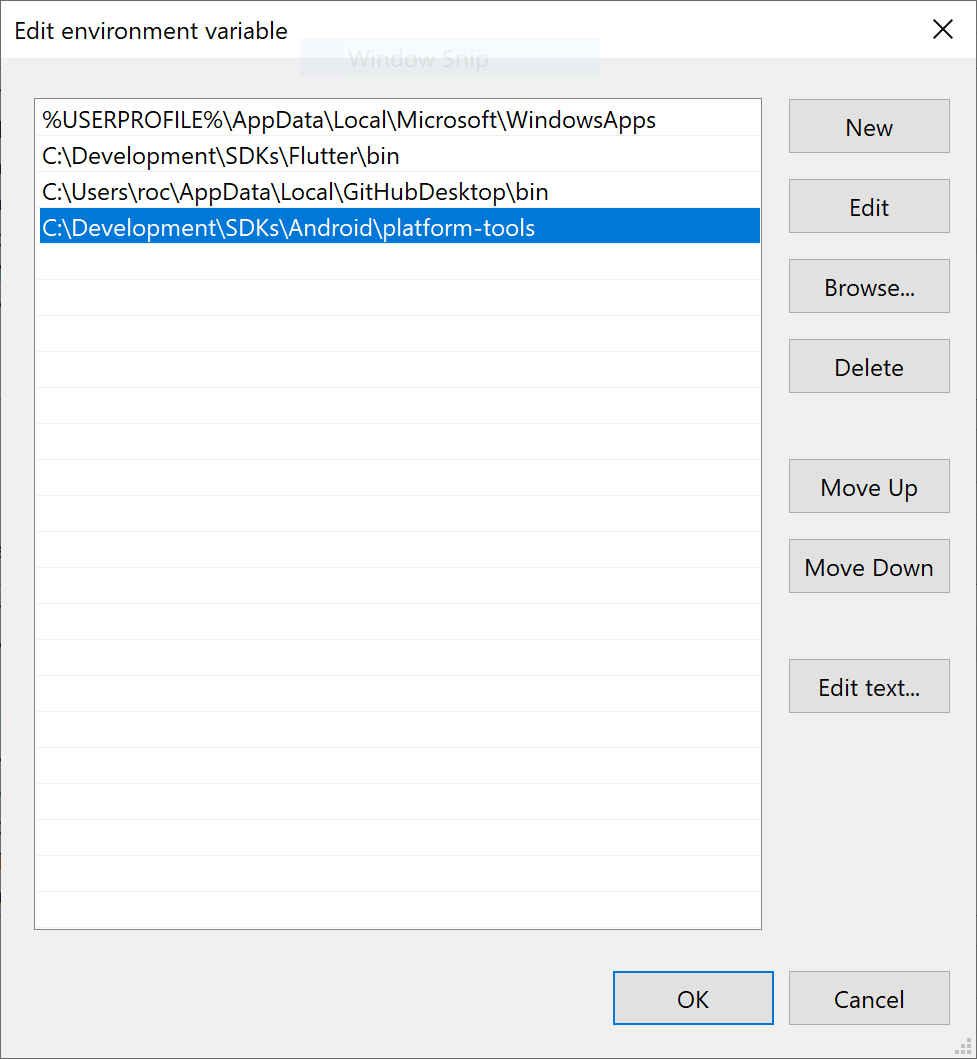 In my case, it was a faulty adb execution that was running in the background.

The only thing that worked for me was:

For me the issue seems to be that my anti-virus program identified dart.exe as a threat and renamed it to dart.exe.000 - what worked for me was -

Solved For Me With:

and Check if your Device Connected

I was using another runtime, so I had to Ctrl+Shift+A -> Choose Runtime -> Default

In your Terminal, run:

With New Android Studio and New Flutter, I try to Refresh a few times and it's working. 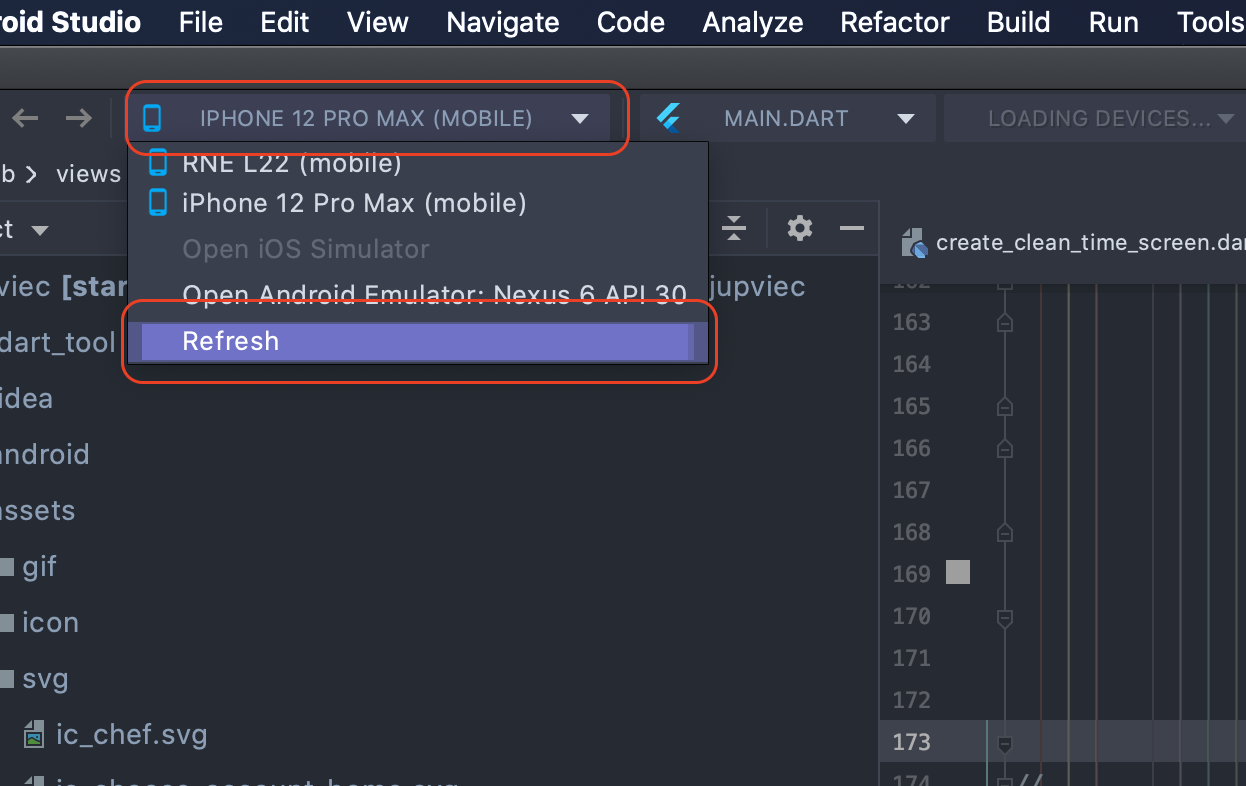 For me the project sdk was not set. After selecting the android sdk for the project, "loading devices" option is gone.

Kill the flutter processes from running first, taskkill /F /IM dart.exe in your terminal in android studio then type
flutter run. in the terminal again and press enter.

Afterwards your device you start showing.

I spent a full day trying to solve this issue. Finally, I located and deleted my SDK folder then downloaded new SDK platforms and tools via SDK TOOLS. Everything is working fine now.

step 1- turned OFF your Wi-Fi 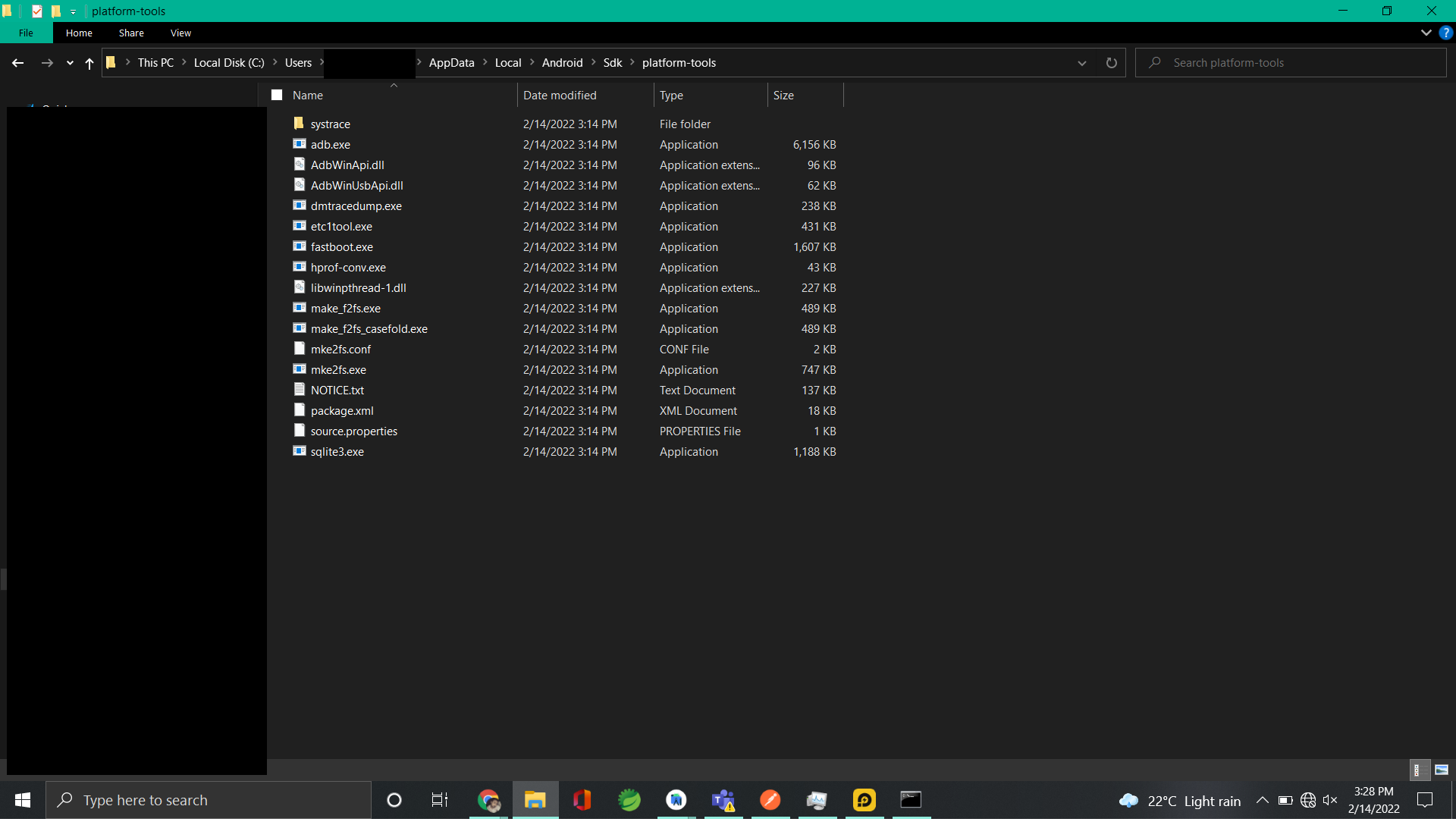 step 3- open command prompt from in this folder 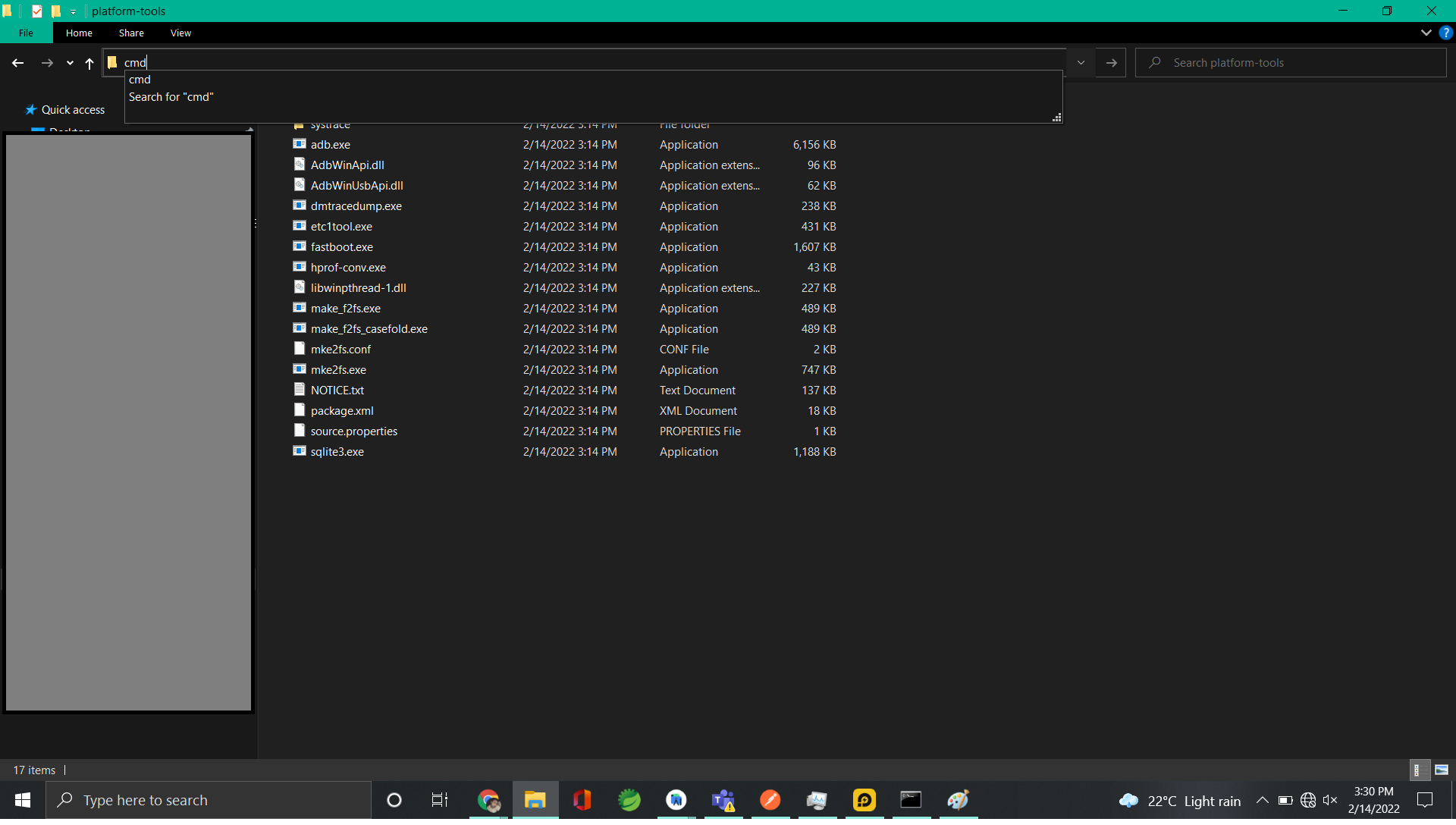 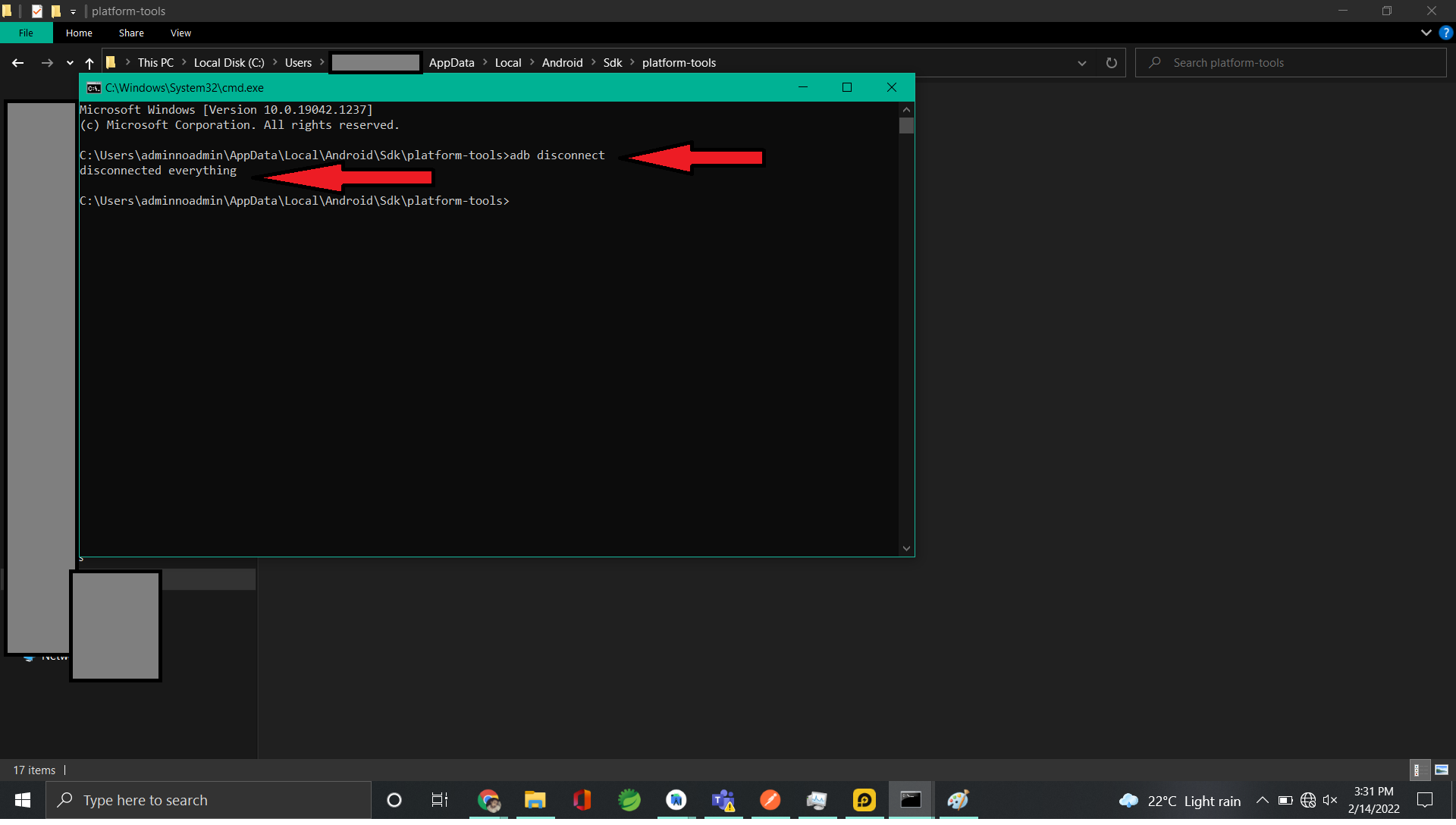 None of the answers on this page works for Apple M1 cpus. On Apple M1 chips the adb command does not work because it is not built for the Apple silicon. So that needs to be translated first to be runnable on the Apple chip. This is what Rosetta 2 does. To install it manually you can do this in the terminal (Thanks to this answer):

I can resolve this by running following commands in command line.