I have just started with mobile development using flutter, and there is this error when trying to run the default flutter program.

No connected devices found; please connect a device, or see flutter.dev/setup for getting started instructions.

When I run main.dart, it shows this error: 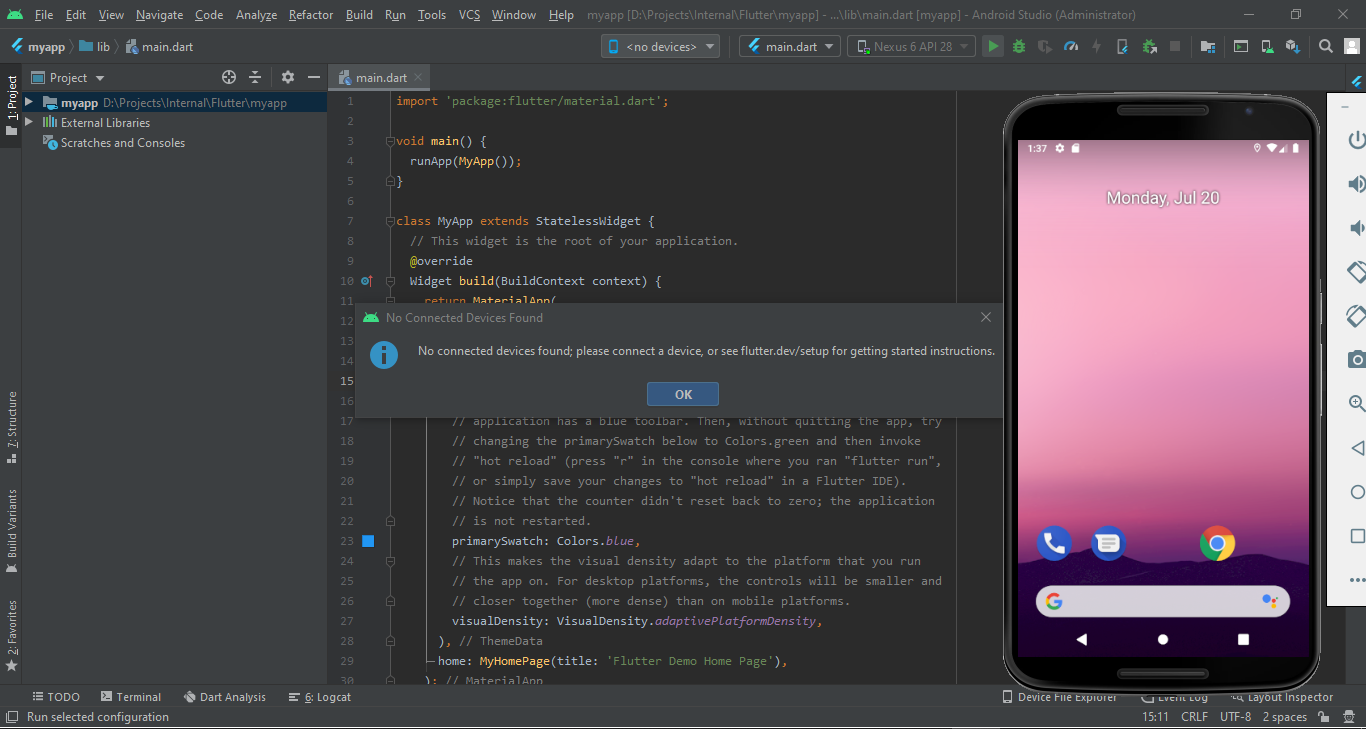 When I run flutter doctor in the Android Studio it shows 2 issues:

When I try to run a command in powershell from the flutter directory, it gives this error:

I think the error in the powershell means you did not add the Flutter SDK to your PATH as stated in the install documentation.

First follow the install documentation to add the Flutter SDK to your PATH, then close any PowerShell windows you have.

Try to create a test project via the PowerShell like so

Then restart your machine.

I was able to solve this with @rgvi solution.

I had faced similar issue, my android studio was detecting the phone but not listing under "Flutter Device Selection".

The problem was I was not configured the Porject SDK

To set up from android studio go to

I had a similar issue. After relocating the android sdk, you need to run this in cmd/powershell to tell flutter where the Android is:

The easiest solution, that worked for me was this :

Go in the terminal and first run -

If you get no error and the output is something like this :

Then check if your emulators are recognized by Android studio (enter this in the terminal):

This will display the list of emulators you have added. Now enter this in your terminal

emulator id is the name of the emulator which you will get from the "flutter emulator" command, so the launch command should be like this :

Pixel_4a_API_30 is my emulator's id or the name

as soon as you run this the emulator will launch.

This is what worked for me, hope it works for you!